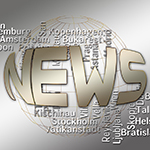 Cloud data management and protection provider Zerto has announced the promotions of Avi Raichel to the role of Chief Operating Officer and Deepak Verma as VP, Product Management. The two senior leadership positions are key to the continued success of the business and product strategy roadmap.

Raichel has served as Zerto’s Chief Information Officer (CIO) for the past four years. The selection of Raichel for this role marks the first time Zerto has appointed a COO. As COO, he will now also be responsible for transforming Zerto’s strategy into execution by working with teams across the company to build collaborative cross-functional plans, processes, and tools that can scale and grow as needed. He will continue to serve as CIO, leading the IT, operations, sales operations, and cloud teams.

Verma joined Zerto nearly two years ago from Commvault, he has made a major impact in his previous role as Director of Product Strategy. He was responsible for leading Zerto’s successful data protection and development strategies, while also bringing to market Zerto for Kubernetes and leading multiple key other projects and assisting in managing the team. 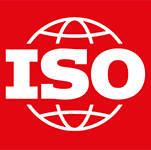 ISO Releases New Standard for Use of Social Media in Emergencies