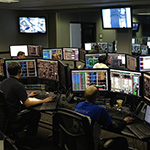 By the end of November, 2018, the United States had faced 323 mass shootings, a steady trend including the 346 from 2017. The bleak reality of this forces business owners to look at business continuity plans that factor an active shooter scenario into account, with an emphasis on communication. Workplace violence continues to rise and is predicted to only continue to do so in 2019, so business owners must look to technology for ways to prevent or ultimately defend against these situations.

Recent years have seen a rise of internet-capable smart televisions, which have thoroughly changed the landscape of communication. Statistics show that nearly 150 million Americans are connected to the internet through their television. Combined with phones and computers, it’s important for business owners to consider the nearly uninterrupted internet usage in America and plan accordingly. Utilizing social media and similar platforms will increase the speed of communication during a crisis.

Ensuring Anonymity
Speaking of social media, going the opposite route can help with prevention. Employees that have concerns voice them more often when anonymous. Ensure that you provide your employees, or customers if necessary, ways to give information without giving or releasing their name. This removes the social pressure and allows necessary information to flow.

The return of this is exponential. Preventing workplace violence is a byproduct of the increased security that giving your employees an anonymous outlet can give. This will allow information to reach owners and managers that would’ve been hidden from untrusting or nervous employees. It can allow for things that have been intentionally kept away to be revealed, and if utilized correctly will ultimately help your employees feel more safe and secure at work.

Prepare for Anything
Ultimately, it’s best to not prepare for an “if” scenario, but for a “when” scenario. Utilize technology and networking to ensure that any and all staff are fully trained. 3D mapping programs have become popular for their ability to visualize evacuation routes and safe zones that can be secured or guarded. Situations will evolve quickly and unpredictably, so have as many factors planned out as possible.

As with any continuity plan, violence response plans should be tested often. Safeguarding lives is perhaps the most important factor of business continuity for an unlimited amount of reasons, and it’s vital to ensure that safety is always a priority. Technology has advanced to the point of being a near-constant force in society, and as such has given many ways to help keep society safe. In today’s world, planning for violence could end up being the most important decision a business can make.

New Webinar: Observations From When the World Went Sideways 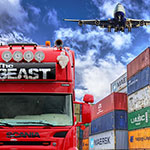 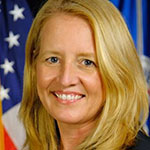 Disaster Preparedness is Not Seasonal but Year-Round