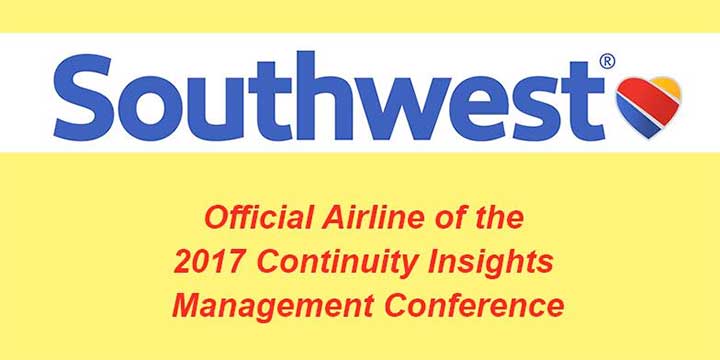 Southwest Airlines is the Official Airline and Sponsor for the 2017 Continuity Insights Management Conference. Southwest is a proud supporter of the 15th annual event and has supplied 10 $500 gift cards to be awarded to lucky conference attendees.

Dallas-based Southwest Airlines is in its 46th year of service and operates a network of 101 destinations in the United States and eight additional countries with more than 3,900 flights a day during peak travel season. Based on the U.S. Department of Transportation’s most recent data, Southwest Airlines is the nation’s largest carrier in terms of originating domestic passengers boarded.

From its first flights on June 18, 1971, Southwest Airlines launched an era of unprecedented affordability in air travel described by the U.S. Department of Transportation as “The Southwest Effect,” a lowering of fares and increase in passenger traffic whenever the carrier enters new markets.  With 44 consecutive years of profitability, Southwest is one of the most honored airlines in the world, known for a triple bottom line approach that contributes to the carrier’s performance and productivity, the importance of its People and the communities they serve, and an overall commitment to efficiency and the planet. 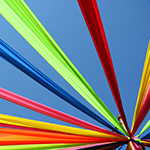 What is the ‘Next Normal’ for Cybersecurity? 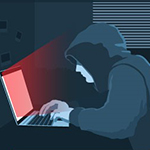 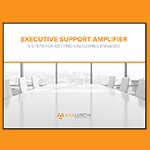 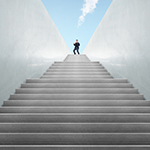 The Value of Exercising, Training, and Awareness in Building Resilience