As Richard Sherman sprints side-by-side with Calvin Johnson, who is running faster? When Luke Kuechly collides with DeMarco Murray, who has more momentum? And which NFL players run slower in the fourth quarter than they did at the start of the game?

Thanks to nickel-sized transmitters on each players’ uniform and high-tech tracking systems at all NFL stadiums, fans will have a vast new set of statistics to study this season.

It’s all part of the league’s “Next Gen Stats” venture, which could eventually change the way teams scout opponents and design game plans.

“How fast does a running back get to the hole? How fast did he get through the hole?” said Nick Stamm, director of marketing and communications for Sportradar, the NFL’s data distributor. “There’s going to be really a lot of analysis that comes out of this.”

Speed in the NFL is generally measured in 40-yard dash times. Now, fans will see who has “game speed” and who uses it every play.

The signals from the Radio Frequency Identification (RFID) chips each player wears are sent to small receivers positioned around the stadium.

Zebra Technologies Corporation is in charge of gathering all this information for the NFL, and Sportradar works to distribute it. Last season, over half the stadiums in the league were equipped for this type of tracking, and broadcasters occasionally mentioned these new stats. Now the data will be available on every play in every game.

“This season is about rapid expansion to all the stadiums as well as the availability of more information from a consumer standpoint,” said Eric Petrosinelli, Zebra’s general manager for sports solutions. “This whole area of player tracking, we’re in the infancy stages.”

Similar “heat-mapping” technology has been used for years in soccer, providing stats on how far players run, how their speed changes throughout the game what areas of the field they spend the most time in.

Petrosinelli and Stamm spent Thursday night’s exhibition game between the Detroit Lions and New York Jets in a box high above the field, watching a computer screen that tracked player movements even during pregame warmups.

The system can measure speed, distance covered and how much space between players at a given moment.

“The challenge is to make sense of these data points and put it into context,” Stamm said. “There’s going to be a lot of ways to commercialize this and get a different perspective of the game, and eventually it all will get to the fans.”

“There’s a lot going on with 22 players during a play,” said Jeff Tran, director of sports and alliances at Microsoft.

As fans become more familiar with these Next Gen Stats, the question is what teams might be able to do with them. Fantasy players and gamblers will undoubtedly analyze the stats to try to get an edge.

Tech-savvy coaching staffs would also be eager to get the data, and the league is still trying to figure out how and when to allow teams to access it.

Teams can already use player tracking services during practice. NFL spokesman Brian McCarthy says there’s no timeline yet for offering the game data to teams.

“We will continue to evaluate its use in conjunction with the competition committee,” he said.

The New Orleans Saints have been using the practice data.

“For us it is distance, workload, travel, all of those things. Zebra has been great to work with. We think it is helpful for us to monitor workload,” Saints coach Sean Payton said. “You are able to look for the exceptions when you are studying numbers. You are able to study and see maybe something that is unusual to stand out.”

As interesting as the information can be to coaches and fans, it doesn’t always resonate with players.

“That’s like video game stuff, and I stopped playing Madden when they put me in the game,” Lions running back Joique Bell said. “We don’t worry about those things. We’re just football players and we go out and play the game.”

As the technology evolves, it’s easy to brainstorm other possible applications. Perhaps a chip in the football could track its location, rendering the first down chains obsolete. Or how about a way of measuring the force of hits, to help with research on concussions?

Even more basic metrics such as a player’s speed or distance traveled can provide significant insights. If someone is coming back from an injury, it would be useful to compare his speed before and after getting hurt.

And these new stats can also help fans look at a great player’s talent from a different perspective – such as when a running back turns a broken play into positive yardage.

“We’re here in Detroit. Barry Sanders. How many times did Barry Sanders run 28 yards to gain 8?” Stamm said. “Now that can be quickly captured.” 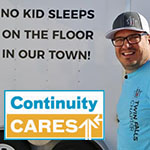 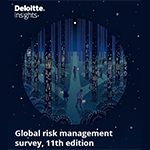 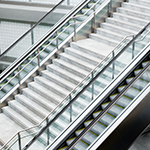 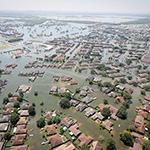