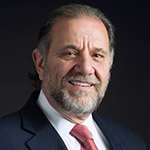 Joseph Esposito, Commissioner of the NYC Emergency Management, will be the keynote speaker at the 7th annual Continuity Insights New York Conference discussing The State of New York City Preparedness. The conference will take place on October 22, 2018 at the Wyndham New Yorker.

Esposito was appointed Commissioner of the NYC Emergency Management in 2014. He is responsible for oversight of the City’s efforts to plan and prepare for emergencies, educate the public about preparedness, coordinate emergency response and recovery, and disseminate emergency information.

As NYC Emergency Management Commissioner, Esposito has coordinated the City’s response to a wide range of emergencies, including the first confirmed Ebola patient in NYC in 2014, the East Village explosion and collapse in 2015, an outbreak of Legionnaires’ disease in 2015, and the Chelsea bombing in 2016. He has also managed the City’s response to severe weather events ranging from the biggest NYC snowstorm on record in 2016 to heat waves and coastal storms.

Esposito has dedicated his career to public safety and preparedness. Prior to joining NYC Emergency Management, Esposito spent 45 years serving the New York City Police Department (NYPD), and served as the NYPD’s Chief of Department from 2000 until his retirement from the agency in 2013. As Chief of Department, Esposito directed and controlled the daily operations of the six major enforcement bureaus within the NYPD: Patrol Services, Detectives, Transportation, Transit, Housing, and Organized Crime Control.

As the longest-serving Chief of Department in NYPD history, Esposito presided over a 40 percent drop in violent crime, oversaw the agency’s evolution from a traditional crime-fighting organization to one that embraced the post-9/11 anti-terror mission, and helped introduce the Toys-for-Guns program in Washington Heights.

Esposito earned praise for his leadership during and after the 9/11 attacks. He also oversaw the NYPD’s response to Hurricane Sandy and its aftermath. When he reached the mandatory retirement age, Esposito was the only four-star chief in the NYPD and the highest ranking uniformed member of the NYPD. Esposito has received several of the NYPD’s highest awards, including the Combat Cross, the Medal for Valor, and the Medal for Exceptional Merit. Since May 2013, Esposito has volunteered as Chairperson of the Diocesan Review Board, which reviews complaints of clergy misconduct.

Why People Should be at the Heart of Business Continuity Planning 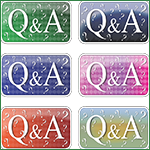 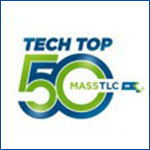 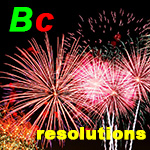