When mass acts such as demonstrations, riots or strikes occur and participants become hostile towards authorities, it is known as civil disorder or civil unrest. Hostility from crowds makes it difficult for authorities to maintain public safety, causing the chaos to overflow into the streets and nearby businesses. Business continuity professionals know how to handle crises in the workplace, but crises outside the workplace can be harder to control while having an equally dramatic effect on employees.

Civil unrest is a broad term typically used by law enforcement to describe disruptive situations — a riot, protest or strike — caused by a group of people. These gatherings are often fueled by disagreements around politics; racial, gender or income inequality; discrimination; or health care issues. While many of these gatherings begin peacefully, they can quickly turn violent and, as witnessed on the nightly news, can lead to arrests, injuries and destruction of the community and nearby businesses.

Racial tensions have been growing across the United States over the past decade. In Milwaukee, Wis., protests broke out after the officer-involved shooting of Sylville Smith in 2016. While the protest began calmly with a peaceful march, the scene soon became violent when a number of protesters began setting fires along their path. Many businesses were raided, damaged or destroyed during the ensuing riots. Local businesses and their employees were directly impacted by the event, prompting elevated conversations within the workplace and causing a perceived disconnect with the community.

Political, social and cultural issues—from Black Lives to Blue Lives; from #MeToo to “zero-tolerance”—are topics of regular conversation and debate. It can be difficult for employees to leave their personal concerns at home, especially if they or a loved one are actively involved in civic engagement. Commenting on a co-worker’s political preferences is one matter, but when family and friends become involved in situations where social conflict and the chance of physical altercation is high, the emotional stress can affect employees’ collaboration, relationships and productivity.

To help employees cope, employers can consider implementing an employee assistance program (EAP). An EAP will help alleviate stress and worry, connect employees with the resources they need to manage their mental health and help prevent potential violence before it occurs.

In addition to emotional and relational impact, issues in the community also can pose a financial risk to businesses. When civil unrest leads to property damages, businesses are often forced to delay or cease operations. It also puts businesses at a higher risk for stolen inventory. Riots and protests often delay traffic patterns and shut down major roads and highways, preventing employees from getting to or from work. In many cases, riots result in curfews to prevent further damages and keep the public safe. However, these curfews force businesses to close earlier than a typical work day and interrupt normal operations. Damages, stolen property, reduced hours and staff shortages put a financial strain on organizations, especially small businesses that may need loans to cover losses and are subject to higher insurance premiums in the wake of rioting.

The Role and Responsibilities of Employers

Although civil unrest is not a common crisis, employers need to be prepared for the possibility that disruption in the community or the reaction to a nationwide event will follow employees into the workplace. While all employees are entitled to express themselves, it is important to do so in a respectable and considerate way at work. In order for employers to responsibly navigate these situations, they can take the following steps to ensure employee concerns are acknowledged without evolving into open conflict or internal disruption:

Understanding the community, developing processes to address a variety of “what if” scenarios and exemplifying appropriate behavior will help employers maintain a civil workplace and squash conflicts before they get out of hand. Partnering with an EAP also helps employers consult on workplace issues and assess policies and procedures, ensuring they are doing their best to offer a welcoming, safe and inclusive work environment for all employees.

About the Author: Terri Howard is a senior director of crisis management at FEI. Terri is responsible for working with corporate clients to ensure companies are prepared for, can respond to and recover from a crisis incident. She also coordinates the people support and psychological first aid services for those impacted by a crisis incident and is experienced in developing drills and exercises aimed at testing current crisis management plans and procedures. Terri has contributed to several international standards and guidelines on crisis management and workplace violence prevention, including ASIS and the FBI. 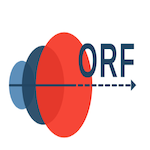 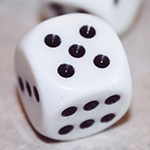 Five Ingredients to Turn a Corporate Crisis into an Opportunity 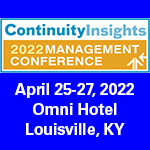 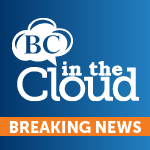 BC in the Cloud Rebrands, Enters Low-Code Development Platform Market