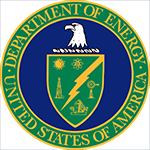 The U.S. Department of Energy (DOE) Artificial Intelligence and Technology Office has announced the formation of the First Five Consortium, which will develop and use artificial intelligence (AI) tools for disaster management.

The First Five is a partnership with DOE, and Microsoft to improve disaster response, including wildfire prediction, search and rescue, flood control, damage assessments and natural disaster response.

“The First Five was formed to bring the best resources from industry, nonprofit and the public sector to use technology to address the need to mitigate the impact of natural disasters while protecting property and lives,” said Jermon Bafaty, a White House fellow with DOE, in a conference call.

“When you look at 2019, there were 14 disasters that were individually more than a billion [dollars] in damages each,” Bafaty said. “As a public-private partnership, we need to be able to pull together the best ideas and understandings to put together the right solutions that we think we’ll be able to scale to save lives.”

DOE is scaling a prototype that uses deep learning algorithms to produced data in near-real time that will improve the situational awareness and decision-making of the nation’s first responders.

Microsoft has established a critical- infrastructure team that will help collect data for models that will be used to forecast impending disasters. The team will explore ways to use AI, confidential computing, modern communications, and distributed systems to improve disaster resilience.

As a frame of reference for the need of such tools, Phillip Selegue, deputy chief at CAL FIRE, noted the wildfires burning out of control in his state of California. “Lightning fires in the northern portion of the state have totaled 8,836, resulting in 356 fires,” he said.

Artificial intelligence tools would help with situational awareness, damage assessment and lend resiliency to communities at risk that rely on mapping to determine where the fire is, where it’s going and what impact it might have. 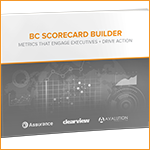 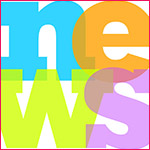 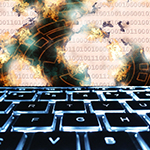 Cyber Attacks Happen… And Often – How Does Your Cyber Security Stack Up?