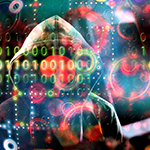 Regardless of how familiar you are with Information Security, you’ve probably come across the term ‘malware’ countless times. From accessing your business-critical resources and sensitive information to halting business operations and services, a malware infection can quickly become an organization’s worst nightmare come true.

As a business owner, you must be aware of the implications of different types of malware on your company’s bottom line, and what steps you can take to protect your company from future attacks.

This article will walk you through the various types of malware, how to identify and prevent a malware attack, and how to mitigate the risks.

Malware, a combination of the terms ‘malicious’ and ‘software,’ includes all malicious programs that intend to exploit computer devices or entire network infrastructures to extract victim’s data, disrupt business operations, or simply, cause chaos.

There’s no definitive method or technique that defines malware; any program that harms the computer or system owners and benefits the perpetrators is malware.

A malware usually exploits unpatched software vulnerabilities to compromise an endpoint device and gain a foothold in an organization’s internal network.

It could be hidden in a malicious advertisement, fake email or illegitimate software installation. Cybercriminals often leverage social engineering tactics like phishing and spear-phishing to propagate sophisticated malware.

From mining cryptocurrency to launching DDoS attacks against networks, there are countless ways in which malware can access and utilize victim’s computers and data.

Unfortunately, this could be your computer trying to give away the presence of malware. To stop a malware attack in its tracks, you must first be able to identify an infection.

Here are some of the key signs that almost always indicate malware progressing in your computer system:

All of these could be typical signs of malware. The more symptoms you see, the more likely it is that you’re dealing with an infected computer.

But don’t just solely rely on the list included above. It is not unusual to have your system or network infected with malware, such as spyware, that often lingers secretly with no apparent symptoms.

Don’t worry though. We’ll be discussing how to detect and remove malware silently lurking in your system, exfiltrating sensitive data.

Common Types of Malware
Malware can be categorized based on how it behaves (adware, spyware and ransomware), and how it propagates from one victim to another (viruses, worms and trojans). For instance, computer worms are self-propagating malicious software, while trojans need user activation to infect and spread.

Here are a few of the most common malware types that most people have heard of,, and how they continue to wreak havoc across industries.

A common adware program might redirect a user’s browser searches to look-alike web pages that contain other product promotions.

Statistics gathered between October and December 2019 by Avast’s Threat Lab experts show that adware was responsible for 72% of all mobile malware, and the remaining 28% consisted of banking trojans, fake apps, lockers, and downloaders.

Hackers may use a keylogger to capture sensitive information, including payment details and login credentials of victims, or they may leverage a screen grabber to capture internet activity.

A common type of spyware is a RAM scraper that attacks the storage (RAM) of electronic point-of-sale (POS) devices to scrap customers’ credit card information.

One of the most notorious one being the BlackPOS spyware that compromised the data of over 40 million Target customers in 2013.

Ransomware programs gain access to a computer’s file system and execute a payload to encrypt all data. The data is neither stolen nor manipulated. Shortly after a ransomware attack, cybercriminals will demand a ransom amount, usually in cryptocurrency, in exchange for the cipher key.

WannaCry 2017 is well-known for the stir and panic it caused in May 2017 by affecting thousands of NHS hospitals, delaying critical medical procedures, and rerouting ambulances. The ransomware leveraged a Microsoft exploit, EternalBlue, which already had a patch that many conveniently did not apply. Unfortunately, most of the data it encrypted was lost for good due to faulty code.

Viruses can be highly destructive, infecting the hard drive on victim’s computers and overwriting or exfiltrating critical information.

Email attachments are the top vector leading to virus infections. Computer viruses often utilize deception techniques and keep evolving to evade antivirus software. Viruses like CIH (Chen lng-hau) do not increase the file size of the host file, thus becoming undetectable for antivirus programs that detect viruses based on the file size.

A worm is self-replicating and can quickly spread across computer networks by distributing itself to the victim’s contact list and other devices on the same network.

A firewall can be effective in stopping the spread of worms through network endpoints. However, antimalware is required for detecting worms disguised as email attachments.

Mostly, it can create a backdoor to bypass firewalls and security software to give remote access to unauthorized users who can steal data and control the computer system.

Trojans cannot self-replicate and are often propagated through email attachments and internet downloads.

The backdoor trojan, PlugX malware, compromised around 7.93 million customer records from a Japanese travel agency, JTB Corp, in July 2016. And it all started with a single employee falling prey to a phishing email.

Bots secretly infect a computer, which then becomes a part of the bot network. They can be used to launch spam emails and distributed denial of service (DDoS) attacks, leveraging hundreds of thousands of compromised computers.

Conficker, or Downadup, is a fast-propagating malware discovered in November 2008. Over the years, it has infected millions of computers to create a botnet. Cybercriminals can utilize the botnet to carry out malicious activities, such as phishing, identity theft and bypassing security to access private networks.

Less Common Types of Malware
In addition to the types discussed above, there are many other types of malware that are less common but equally destructive.

It can use the acquired privileges to facilitate other types of malware infecting a computer. Moreover, it can also take over browsing sessions to prevent access to webpages with antimalware programs.

As the name suggests, it does not need a file system to spread, and therefore, leaves no trace for detection through traditional antimalware programs.

It typically displays pop-ups on webpages to scare a user into purchasing and installing fake, potentially harmful, security software.

For instance, a worm could quickly self-replicate and deliver an executable to encrypt file systems across computer networks and launch massive ransomware. These hybrid forms of malware are even harder to detect, contain and remove.

How to Protect Your Business From Malware
The threat landscape is ever-evolving, and so are the security mechanisms. With malware becoming more sophisticated than ever, businesses must stay ahead of the cybersecurity game by ensuring that:

How to Get Rid of Malware
No single security program is enough for malware that is known to morph and evolve rapidly to avoid detection.

A reputable enterprise antimalware program can detect an installed malware, quarantine the infected device to avoid transmission, and remove the malware.

But let’s not forget that preventing a malware infection altogether is much easier than getting rid of it once it has infiltrated your IT infrastructure.

The best course of action is to adopt a proactive approach to cybersecurity.

This article originally appeared at Parachutetechs.com and is reprinted with permission here.

About the Author: Ashley Lukehart is the Co-Owner of Parachute, a Best-In-Class Managed IT Services company flexible enough to provide versatile solutions, and powerful enough to take care of all your critical needs when it matters the most. Learn more here. 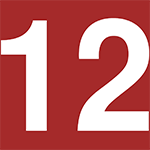 Managing With Resilience in a Time of Uncertainty 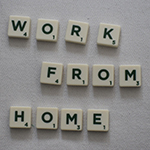