It was inevitable. In some ways, this budget was expected to be a quiet interlude. It was set against the big disruptions of demonetization in the preceding quarter and the transition to a new tax regime in the coming months, moves that are likely to have far deeper and more positive impact on the economy in the long run than a budget influenced by impending state elections. In that sense, it has lived up to expectations.

As a global specialist risk consultancy engaged in a wide variety of anti-corruption work, we welcome the government’s continuing thrust against corruption and its emphasis on regulatory compliance. It comes at a time when large investors in India are increasingly subject to tighter international anti-corruption legislation and more proactive law enforcement, especially in the US and the UK.

The tone was set by the finance minister’s proposal to reform campaign funding by limiting cash donations to political parties to Rs2,000 and allowing them to raise funds directly from the debt market. This increased clarity in political funding will at the same time help to reduce compliance risk for companies engaged in politically exposed sectors such as alcohol, infrastructure and real estate. This and the focus on digital payment through platforms such as Bharat Interface for Money (BHIM) will increase transparency in Digital India. The government’s move to improve cybersecurity in banking, a sector it dominates, should be seen as a call to arms to private players still lagging in this regard.

The plan to merge 44 existing labour codes into four overarching laws on labour, industrial relations, social security and safety, will make compliance easier in the labour-intensive manufacturing sector. This, and the planned abolition of the Foreign Investment Promotion Board (FIPB), which was increasingly seen as just another layer of bureaucracy, will improve ease of doing business—one of this government’s key mantras.

For the first time, the government has also promised as yet undefined new rules to encourage foreign investment in medical devices, a growth sector currently held back by an opaque regulatory environment. The other sectors that will benefit include solar energy, airports, dairy processing and highways. Tucked away in annexes are also tax breaks under the government’s Make in India programme for companies manufacturing in the petrochemicals, renewable energy and metals sectors.

Noticeable by its absence, however, was the lack of any specific outlay for urban infrastructure, especially under one of the government’s flagship initiatives, Smart Cities. Many will also be disappointed by the absence of a clear and realistic timeline for big-ticket reforms as the window for easing onerous land and labour rules rapidly closes. With only two years to go before the 2019 general elections there is a real possibility that the government will take a more risk-averse approach in the next budget, with political considerations subsuming its pro-business stance.

Having said that, almost all of the big initiatives this government has taken—including increased foreign investment limits, the bankruptcy code and a new national real estate law—have been announced outside of India’s routine annual budget process. So there is still hope that the big-ticket reforms are not completely off the table, just that they have been set aside for another day. Companies should plan for this uncertainty, and keep their sights firmly fixed on the long term opportunities in what is still the world’s fastest growing large economy. 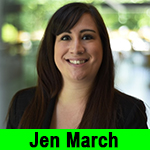 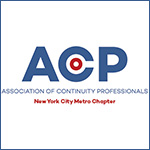